Sexualization of childhood vs carefree childhood 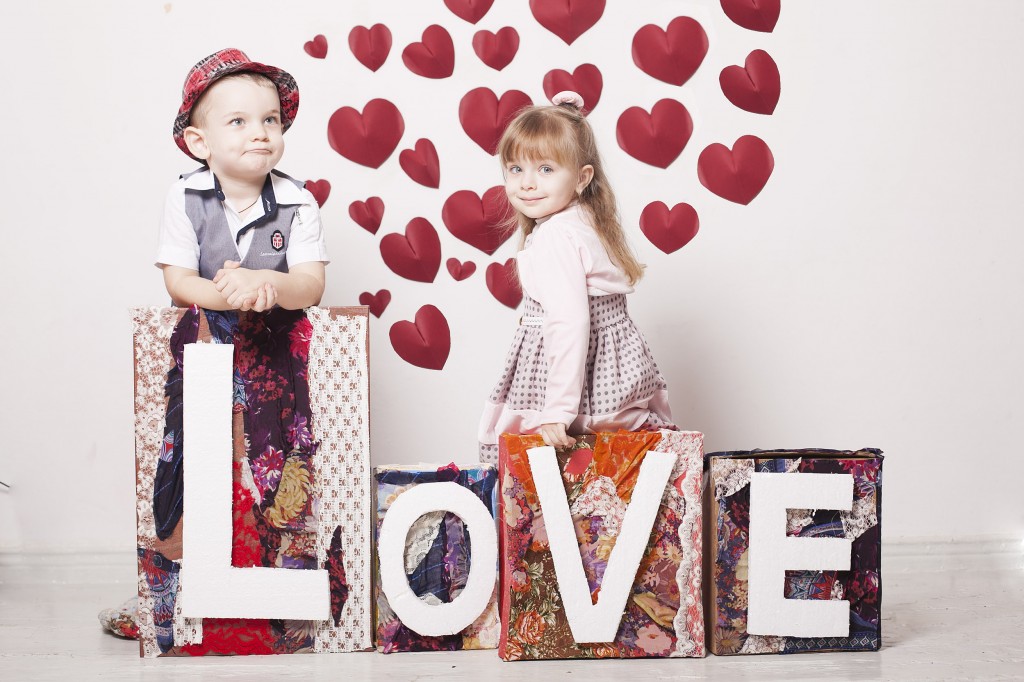 My boys are 9 and 12 years old. They are curious, active, talkative, funny, often noisy and always full of energy. They grow so fast that I don’t seem to manage to adapt to their new needs and interests. Along with changes and transformations I witness, grows my concern and awareness. I often question myself: do I actually prepare them well for the grown up life, am I answering their questions on time, do I really listen and understand them, do I know what’s going on in their lives, are they willing to share it with me? So far, there is only one thing I know for sure – more they grow, more they are exposed to the influence of the outside world, less is my ability to influence them and to protect them.

There is something, I really can’t control and don’t know how to cope with – the sexualization of everything that concerns children. I have been studying this question and came across a relevant article about the influence of sexualized media and marketing on kids: http://www.commercialfreechildhood.org/issue/sexualizing-childhood.

“Children today are inundated with media and marketing that use sex to sell products. Embedded in these sexualized images are harmful messages that equate personal value with sexual appeal and turn sex into a commodity. Movies, music, TV programs, video games, and even toys marketed to children are rife with degrading images that objectify and sexualize girls and woman. Boys are also affected when sex is commodified, presented in the context of harmful stereotypes, and intertwined with power and violence.

Sexualized media and marketing can actively interfere with adolescents’ healthy sexual development and promote risky behavior. Today, even young children are internalizing sexualized images and appropriating sexualized behavior long before they are able to understand what it means to be a sexual being.

Did you know that more than half of teens report getting some or most of their information about sex from television.On average, music videos contain 93 sexual situations per hour, including eleven “hard core” scenes depicting behaviors such as intercourse and oral sex.The best-selling Bratz dolls-a hipper, sexier version of Barbie-are now a media empire, selling over 4 million DVDs and reaching number 1 on the Billboard Children’s Chart”.

One particular sentence from the post had struck me most: “Today, even young children are internalizing sexualized images and appropriating sexualized behavior long before they are able to understand what it means to be a sexual being.”

Yes! That is exactly what makes me shiver every time I see a kid’s commercials, magazine images, kids programs, movies, cartoons and even books filled with sometimes hidden, but mostly open sexual context. There is a clear tendency to exaggerate the importance of early sexual education, to overstress the physiological part of it, to precipitate kids’ curiosity and to inform them about particular details they don’t need to know at a certain age. Many children oriented products are not innocent and childish anymore. Often children learn in school details they really don’t have to concentrate on at such early stage. We tend to see children as small adults. And for me this is totally wrong! 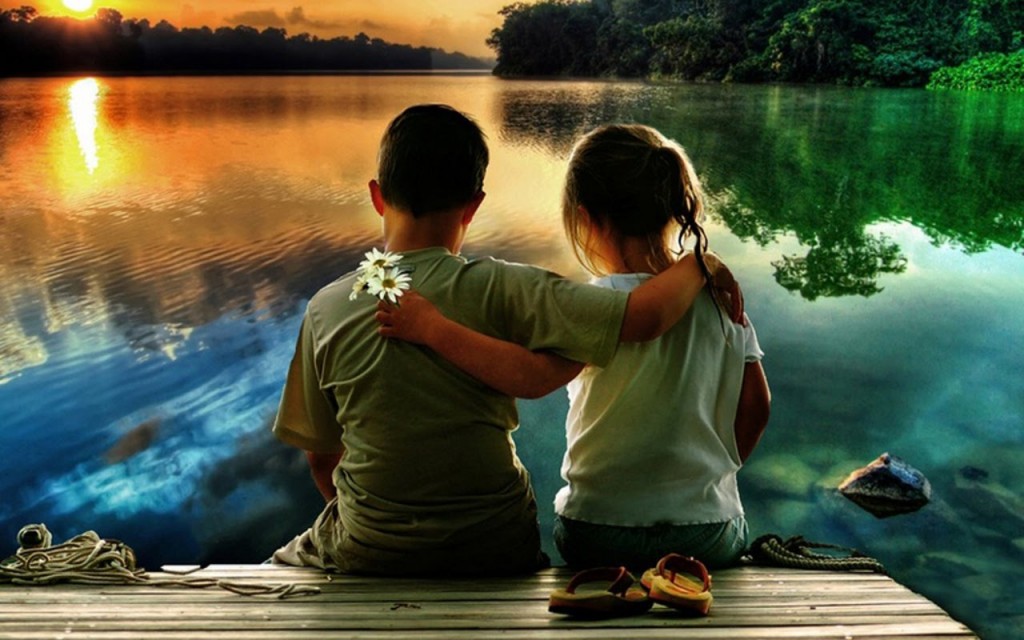 I believe childhood is the only period of innocence and purity in a lifetime and we, as parents, should cherish and protect it. I believe kids should not be that much concerned about sexual aspect of their being, but rather dream innocent dreams, play childish games, believe in fairy tales and the almighty power of goodness in the world, see this world with pure eyes. And I personally as a parent find it very challenging to protect their fragile souls from something they don’t need right now.

What can I do as a parent:

Let me make it clear! My concern is not about sexual education, but an exaggerated sexualization imposed on kids at a too early age. Of course we should speak to kids about the way they came to this world. We should answer their questions whenever they appear and it is much better to learn about it from loving parents, then from someone else. However, I never separate the notion of sex from the notion of love. In my opinion, sexual education should go hand in hand with the moral education. Talking with our children about sex, we should give emphasis to the profound emotional and spiritual connection between two loving people, where sexual intercourse is the embodiment and confirmation of their love. We should cultivate in our sons a reverent and respectful attitude to girls as to their future partners, but not as to subject of mere sexual satisfaction. We should teach our daughters to treat themselves as noble individuals, but not as sexually appealing objects. I often see the substitution of these notions and an obvious bias towards the physiological aspect of sex. All I want to say is that we need a balance. If we are so concerned about the intellectual and physical education of children, we should pay equal attention to development of their virtues and moral values.

At some point I felt my point of view might be too uncompromising and too subjective, so I have decided to ask other parents to share their insights regarding the early sexual education and sexualization of children. I used social networks to discuss the topic with groups of parents from Eastern Europe, Western Europe and the US.

Here are some valuable insights, views and tips from other parents:

* The education about sex should be by choice. There are families who want to control this subject, the age of starting the education and the way of educating.

*  In the mass education the risk is mass thinking. On one hand the idea is to protect by bringing the knowledge, but at a certain age kids copy each other, creating reverse effect.

* As much as we try to protect our son from media and from what he is exposed to, we can’t control what he hears and learns at school or on the playground. We just have to reinforce the idea of chastity and it’s spiritual significance, and we don’t lie to him. If he asks we need to be honest and not make up stories.

* I do think there is a blurry line between age appropriate knowledge & non age appropriate curiosity and awareness. The world around us is shoving unwanted images down our throats. Even lyrics in songs raise questions. I want to make sure my kid is aware of her own boundaries but every topic raises more questions as well.

*I keep my young boys away from “live” broadcast TV, they have no idea what movies are out and don’t watch anything without our approval. But I don’t hide my body from them. If I’m uncomfortable or excited about something I think that message is more powerful than anything I say.

* Sex is a natural, biological thing. Skip the morals. It makes talking easier. I also explain that it is something for adults to do, because their bodies and minds are too young for it. It makes them more resilient to abuse, and to peer-pressure and it forms an open line of communication with them on this subject.

* I have never been a fan of the “lie” responses that people give to children. I have always been an advocate for answering things truthfully and using correct words, but just filtering the amount of info needed for the age of the child asking. My response to this question has changed over the years only in the level of depth that I have gone into.

* We have a very open relationship with our children, where we can discuss sex and our bodies etc without it being an issue. I am encouraging them to feel proud of their bodies and to empower them to be confident and secure in their sexual relationships when the time comes. I don’t believe at all that knowing about reproduction and the importance of consent in any physical contact has taken away from them being children at all.
* I agree that mass media is imposing sexual content on kids at earlier and earlier age. We don’t watch TV in the house, I mean news and shows that are not intended for kids. But once they become more susceptible to the outside influence such as classmates, teachers etc, you can’t have as much control, and you just educate them about what’s appropriate and healthy for their young minds. We are careful about who they hang out with, we don’t let them have sleep-overs at friends’ whose families we don’t know well.

* I think it’s wonderful. The earlier the better, I do not plan to lie about or hide anything from my son, so why sex…  but of course in an age appropriate manner. I think sex can be a beautiful part of life if educated in the  right way, in an open communication and connected to love.

*It’s very disappointing that the TV shows intended for tween girls are a lot like teenager shows and it’s all about girlfriend, boyfriend and sassy disrespectful brats. You either don’t let them watch any shows or be prepared to work hard to teach them that it’s not ok to act and talk like that, and it’s not how teenagers should be acting in real life.

* In general, we have a quite narrow concept in our modern society of what sexuality is. We should see sexuality less of a separate thing, and more a core of life and more as a part of our very being: like breastfeeding is part of our sexuality. Young children have their sexuality too. So I believe we don’t need to shield them off the beauty of this kind, and answer their questions in an age appropriate way.

*If we care about younger children not becoming sexualized one of the best things we can do is stand up against companies polluting the environment. Environmental pollution brings the onset of puberty younger and leads to earlier and earlier desire for sexual activity. This mark has been moved from 14-17 to 7-10 years old.

* I think it’s important to truly listen to our children’s questions and not feel the need to answer more than they are actually asking. Sometimes we get too far ahead of ourselves. When kids ask about sexuality it’s important to be completely honest. Though we want to protect our children, it is impossible to shelter them from the media’s influence, especially with school-aged kids. One of the most powerful tools we can give them is knowledge. Being comfortable and confident in our bodies, creating an environment where no questions are off-limits or taboo, and talking about our bodies in terms of how they work as opposed to what they look like are all ways of empowering them to be healthy, sexual beings.