Kids of the urban jungle 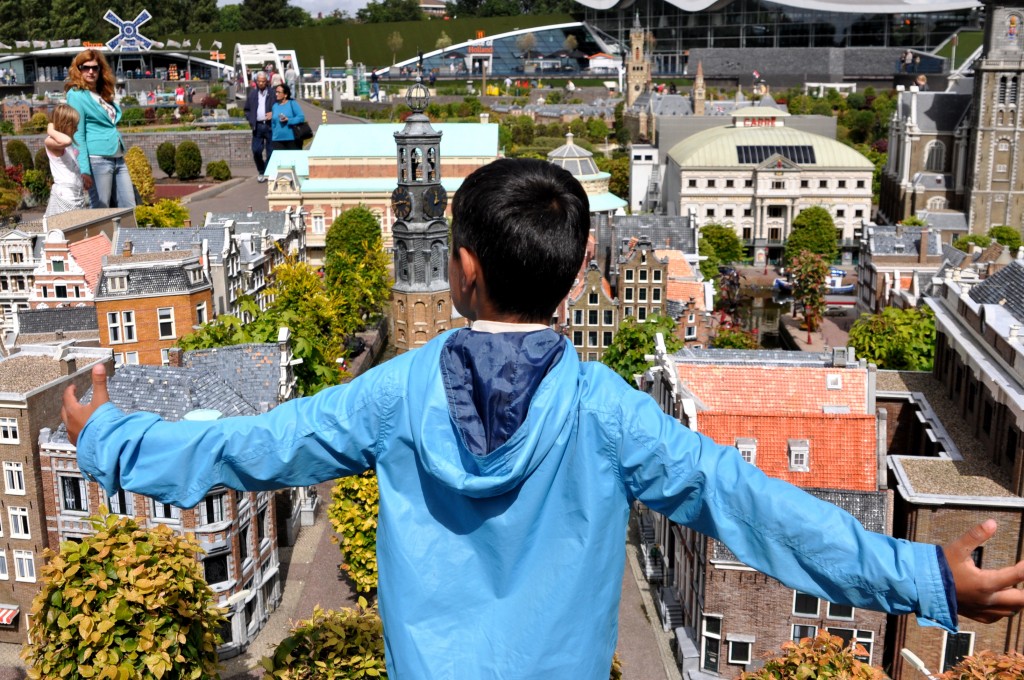 My poor children. They have no childhood! They have no freedom! They have no fun!  Do you know why? Because I’m their mother! I set rules, restrictions, and regulations for everything! I use the system of rewards and punishments! I watch them! I make sure they know their limits! I control them! I’m a control freak!

I remember a conversation I had with my younger son Anis when he was five, he told me: “Mother, I’m tired of rules. Why do we always have to earn everything, why don’t we get everything just like that, like the other kids? And do you know what I answered – “Congratulations my son! You are only five, but you have already got the essence of life! In this life none ever gets anything just like that, without earning it!” I’m a terrible mother, I know!

But I had a totally different childhood. I lived in a small town in the north of Moldova called Balti. We resided in a place where everyone had a small one-storey house and a common yard. We also had a tiny garden and my mom planted there parsley, carrots, tomatoes and a little bit of everything a good housewife might have needed. My parents, wait a second, absolutely everyone’s parents were at work. It was still Soviet Union and everyone had to work! So kids were always outside, playing with each other, being called home only to eat and to watch a cartoon. And we watched one cartoon a day, not because of some kind of parental restrictions, but because soviet channels simply broadcasted one or two cartoons a day. Still I had absolutely carefree, control free and happy childhood! I can’t remember how many dresses I tore when I was climbing fences and trees, I can’t tell you exactly the amount of jam, butter and other yammies eaten by my friends who stepped by in our house. However, I remember a big black and brand new umbrella of my father which I broke when I jumped from the roof of a 3 storey building, in pursue of a dream to fly. 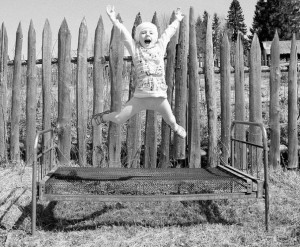 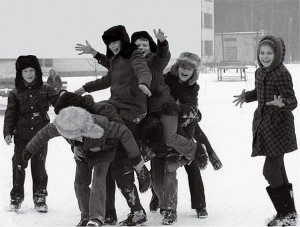 We were careless
I spent all the summers of my childhood in 2 villages – Bilicenii Noi (my dad’s village) and Bilicenii Vechi (my mom’s village). Have you ever been to a Moldovan village? There is no hot water, there is no running water, and if you want some drinking water, you have to go one km to a well to take it. Toilets in the villages are outside. And it’s usually just a deep hole in the ground with a wooden construction built around! And our children are not ready for that. When Anis for the first time experienced village toilet, he was three years old. As soon as he entered it he exclaimed: “Foooo!!  It stinks! I will never breathe again”!

We were creative
My brother had almost no toys and actually didn’t t need any toys. He had clothes pins!  He could create a real battlefield with them. My mother had a plenty of wooden pins she used to hang the clothes outside after she washed them. So my brother would make airplanes, ships, submarines, horses with knights on it, castles and fortresses using just the pins and his imagination. And I would use any piece of fabric, ribbon or handkerchief to create exclusive outfits for my dolls. Our children have no creativity. They play with sophisticated Lego constructor, toys and computer games and I often hear them complaining that they are bored. And I didn’t know what boredom was as long as there were fences to climb, bushes to hide, sticks, leaves, flowers and all the natural materials to play with.

We were wild
I had one brother and six cousin brothers. So when they were playing the game of Indians, I was usually their slave, tied to the tree and burnt alive. Or a “squo”, who had to sneak into my grandma’s kitchen to steel bred and jam and make lots of sandwiches for the hungry worriers. If I didn’t succeed in my mission, I would become slave again, tied to the tree and burnt alive. The most frequent task I had from my elder brother was to peal sulfur from the matches, then we would staff the empty bullet shells with it and blow them up in our backyard. “Yeeeei! Fireworks!”– kids from the neighborhood would cheer. I guess we simply didn’t realize how dangerous it was!

We were adventurous
I remember an incident which happened when I was seven or eight years old. We went for a weekend to my father’s village. There was a big lake in the village covered with thick layer of ice, where we skated every winter. It was early spring; the ice was melting and cracking, so there were huge pieces of ice floating around. A perfect place for e real sea battle! We were four – my brother, two cousin brothers and me. Without thinking twice, we climbed our ice ships and started the war. We used huge sticks instead of the paddles to maneuver. It was so much fun! Suddenly, in the middle of the battle I heard a strange sound and saw how the ice was cracking under my feet. In a second I was in the ice cold water. And all I remember was my brother pulling me out of water and my cousin brothers screaming: “Pull her out! Give her the stick!” I survived! I even didn’t t catch a cold. My grandma almost had heart attack when she saw us.  And my parents never learnt about that incident. And if I told them, they would be terrified!

I would be freaking out if my children would do anything of the above mentioned! And when I look at my boys I realize that they actually have no freedom, they live in a social cage which our modern society constructed for them. We don’t let them play outside unsupervised, we ask them not to scream too loud, we stop them when they jump in the puddles because they will get dirty, we don’t let them play with the ball in the yard because they can hit a car, instead we let them stay hours in front of a computer or a TV, we let them play specially designed computer games, which steal their imagination. They stay too much indoors and they become prisoners of the urban jungle. And when they do get some freedom, they go nuts, unable to cope with reserves of bursting energy!

And when I’m ready to punish my sons for burning toilet paper, throwing the ball on the neighbor’s roof, ruining their clothes after playing in mud …I remember my childhood and I say to myself: “Come on! You did much crazier things! You had so much freedom! No one controlled you! Leave them in piece! Let them have their childhood! This period of their life will never repeat again! Don’t you dare to spoil it!”

Your support is my biggest stimulus to keep writing :) !!!