Five things that make the Netherlands a kids friendly country 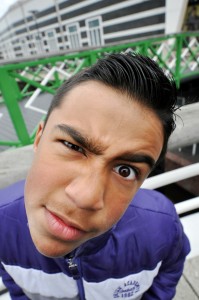 We have moved to the Netherlands just four months ago. It was a tough decision for our family as my kids and I have always lived in Moldova. But my husband has found a good job here and after a long process of analyzing, reflecting and debating we have decided to take the chances. I must confess that I had lots of doubts and inner fears regarding raising children in a western country. I had certain stereotypes about the Western European way of upbringing:
1. I thought that family bounds here were not strong enough and that parents would easily let their kids go away and start their own lives after they turned 18
2. I was worried about the excessive freedom western kids were given, which would often lead to wrong choices
3. It seemed that too much attention was paid to material and intellectual development of children, disregarding the moral and spiritual education
4. In my opinion western kids suffered from excessive consumerism, consuming and demanding more and more sophisticated gadgets
5. The biggest fear I had was the system of removing kids from the families where they seemed to be unhappy or mistreated. And in an article I read that a phone call from the neighbor or a complaint of the child gave enough grounds to the social services to take drastic actions. I was shocked by the number of kids taken away from their natural parents in Germany, for example.

After moving to the Netherlands with my 12 and 9 years old sons I have to admit, that most of my fears were groundless, exaggerated and even simply imaginary. I have discovered wonderful advantages of living in this country and I truly find it kids and family friendly. There are five things I would like to mention, which make our life in Holland exciting and comfortable. 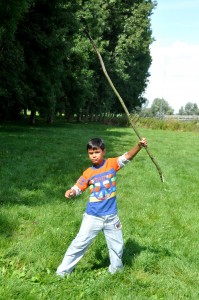 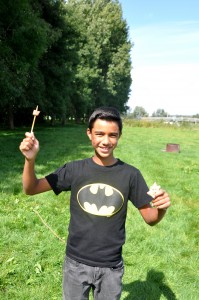 Even though according to statistics the pollution in Netherlands is getting higher. Still, in comparison with Eastern Europe, where people buy old cars, pollute rivers, lakes and soil with the industrial waste, Holland remains one of the leaders in waste recycling and using bicycles as the most popular means of transport. In the city we live – Almere we enjoy clean air, abundance of vegetation, parks and green alleys, which makes air fresh and clean. I don’t remember feeling the fragrance of grass, flowers and leaves in the city I used to live before, but here I do. One more thing we enormously appreciate is clean tap water.

I never let my children go by bicycles in the city we lived before Chisinau (capital of Moldova), as it was extremely dangerous because of a number of reasons. There were no separate roads for bicycles, careless driving with high speed and severe violations of driving rules. However, they were allowed to ride bikes in the parks and countryside as it was safe.

One year ago my elder son managed to persuade me to let him go by bicycle to his new school as there was a special parking and it was so much fun. We agreed that he would try once to go from the Central Park to our home (which was just 4 streets away) by bicycle and see how safe it was. It was in the end of August, just 2 days before the school. Anis, my younger son borrowed his bike to his big bro and we let Dalil have his first ride in the city. While Dalil was cycling, Anis, my husband and I took a public transport home. No words can describe the horrifying fear which penetrated my heart when I saw a car, a bicycle and a big crowd of people around the “crime scene”. Dalil was hit by the car while crossing the street on green light. The car driver did not even see him. Thank God Dalil escaped with insignificant wound on his foot and a deep shock. The bike was completely damaged, people were shouting and accusing the driver of being totally careless, driver kept repeating he did not see him. I did not care about anything of the above mentioned, but the state of my son. And I kept thanking God for protecting my son. It was a tough lesson for all of us. After that incident all the discussions about cycling in the city have stopped for good. I personally though that none of us would ever dare using bicycle as means of transport again. But we live in Netherlands now and our cycling experience here has completely healed our fears and insecurity. Almere is one of the safest cities for cycling, as we have separate roads for cars, public transport and bikes. I find Dutch drivers extremely cautious and polite, as they always give way to cyclers. I am no longer afraid to let my children go everywhere by bicycles. 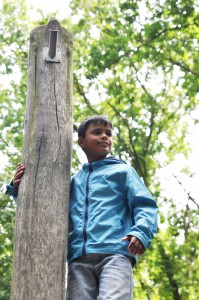 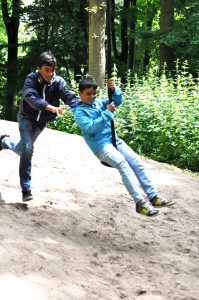 What I really love about the Netherlands is the multitude of sport activities for children and the abundance of parks and playgrounds. Here I have seen the most diverse and creative playgrounds ever. Every neighborhood has a sport ground where children can play football, volleyball, table tennis. Every park offers a number of open door activities. We personally loved the Fun Forest in Klimpark, Almere. There are similar parks in other cities of the Netherlands: http://www.funforest.nl. Every region in Almere has a free sport ground with an instructor available for two hours a day. They offer football, volleyball, basketball and tennis lessons. Almost every child can swim well and knows the safety rules of water behavior. Well, the Netherlands is surrounded by water and this is why it has always been paramount for children to learn how to deal with difficult water situations.

What struck me most when I visited Holland in April (before moving here) was family sport culture. I’ve seen fathers and mothers playing tennis, skate boarding, jogging, canoe rowing, playing badminton, cycling, roller-skating together with their children! It was one of the key factors in taking the final decision to move to the Netherlands. 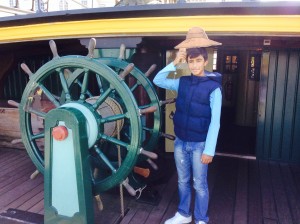 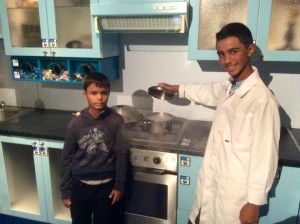 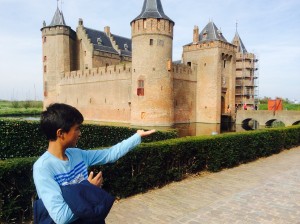 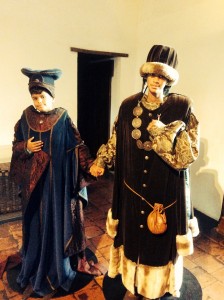 When my husband told me about purchasing the museum cards http://www.museumkaart.nl/, my first reaction was: “Museums?! It’s boring! Kids will never resist there more than one hour!” How wrong I was! Dutch museums proved to be one of the most thrilling and captivating experiences for children and for us as well. What I admire in Dutch museums most of all is the creativity and interactive approach of presenting various facts, items, pieces of history or art. We haven’t seen the evil sign “do not touch” almost anywhere. Children can literally watch, touch, taste and feel the history. We have started our museum epopee in September. We managed to visit several museums in Amsterdam, Utrecht, Rotterdam, Lelystad, Naarden, Zandam, Muiden. So far, the Science Centre Nemo in Amsterdam https://www.e-nemo.nl/en/ is number one on the list and we are definitely going there again. We have immensely enjoyed visiting the fortresses Muiderslot http://www.muiderslot.nl/. A supposedly two hour trip around the fortress turned into a full day adventure. We have made fools of ourselves dressing in medieval costumes, fighting with wooden swords, trying to lift real medieval weapons, attacking the imaginary enemy. But we were not alone. Others did the same. Kids played the interactive game of knight tournaments and until Anis succeeded in defeating his brother we didn’t leave the room. It was one of our best Dutch adventure so far. Among the places worth visiting are: the Maritime Museum in Amsterdam http://www.hetscheepvaartmuseum.nl/, the University Museum of Utrecht http://www.universiteitsmuseum.nl/, the Railway Museums in Utrecht http://www.spoorwegmuseum.nl/  and the Airdrome in Lelystad http://www.aviodrome.nl/. There are 400 wonderful and unique museums in the Netherlands and there are only 365 days a year. I believe there is still a lot to explore and our museum quest has just started.

Number five. Tolerance
The last but not least reason I find the Netherlands a nice place to raise children is general tolerance and low level of racism. It doesn’t mean of course that all the Dutch people are absolutely pleased with the increasing number of immigrants from various background, who take their working places and consume resources…..but let’s not go into politics. My subjective opinion and personal experience so far shows that Dutch society is quite tolerant towards people of different color, nationality, religion, culture. For the first time in their lives my semi-Malaysian children are not called “niggers” and are not bullied because they are a bit darker or just different from other children.

I have spotted several prerequisites of this kind of attitude: high level of education; cultural and social diversity of people living in the Netherlands, non discrimination policy adopted by the local authorities and propagated by media. However, what I see so far is a society so diverse that it will simply not survive without tolerance, respect and acceptance!

And yes, it’s good to be mom in the Netherlands!

P.S. Everything that is mentioned in this article is my subjective opinion, without a slightest intention to be the final and ultimate truth!

Your support is my biggest stimulus to keep writing!!!